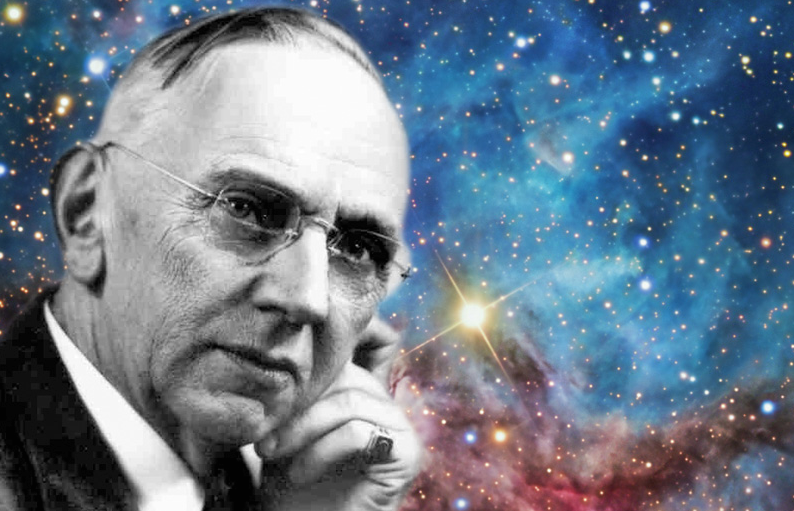 Edgar Cayce predicted that the Great Lakes would empty into the Gulf of Mexico in the future and that ancient repositories would be discovered when people reached the appropriate level of consciousness. The three repositories mentioned are Egypt, the Bimini area, and the Yucatan.

“The earth will be broken up in the western portion of America. The greater portion of Japan must go into the sea. The upper portion of Europe will be changed as in the twinkling of an eye. Land will appear off the east coast of America. When there is the first breaking up of some conditions in the South Sea and those as apparent in the sinking or rising of that that’s almost opposite same, or in the Mediterranean, and the Etna area, then we many know it has begun.”

“If there are greater activities in Vesuvius or Pelee, then the southern coast of California and the areas between Salt Lake and the southern portions of Nevada, we may expect, within the three months following same, inundation by the earthquakes. But these are to be more in the Southern than the Northern Hemisphere.”

“There will be the upheavals in the Arctic and in the Antarctic that will make for the eruption of volcanoes in the torrid areas, and there will be the shifting then of the poles — so that where there has been those of a frigid or the semi-tropical will become the more tropical, and moss and fern will grow.

“As to conditions in the geography of the world, of the country — changes here are gradually coming about. No wonder, then, that the entity feels the need, the necessity for change of central location. For, many portions of the east coast will be disturbed, as well as many portions of the west coast, as well as the central portion of the U.S. In the next few years land will appear in the Atlantic as well as in the Pacific. And what is the coast line now of many a land will be the bed of the ocean. Even many battle fields of the present will be ocean, will be the seas, the bays, the lands over which The New World Order will carry on their trade as one with another.

“Portions of the now east coast of New York, or New York City itself, will in the main disappear. This will be another generation, though, here; while the southern portions of Carolina, Georgia — these will disappear. This will be much sooner. The waters of the lakes will empty into the Gulf, rather than the waterway over which such discussions have been recently made. It would be well if the waterway were prepared, but not for that purpose for which it is at present being considered. Then the area where the entity is now located (Virginia Beach) will be among the safety lands, as will be portions of what is now Ohio, Indiana and Illinois, and much of the southern portion of Canada and the eastern portion of Canada; while the western land — much of that is to be disturbed as, of course much in other lands.”

“Strifes will arise through the period. Watch for them near the Davis Strait in the attempts there for the keeping of the life line to land open. Watch for them in Libya and in Egypt, in Ankara and in Syria, through the straits about those areas above Australia, in the Indian Ocean and the Persian Gulf.”

It is also understood, comprehended by some that a new order of conditions is to arise; there must be a purging in high places as well as low; and that there must be the greater consideration of the individual, so that each soul being his brother’s keeper. Then certain circumstances will come about in the political, the economic, and whole relationships to which a leveling will occur or a greater comprehension of the need for it.

“… for changes are coming, this may be sure — an evolution or revolution in the ideas of religious thought. The basis of it for the world will eventually come out of Russia. Not communism, no! But rather that which is the basis of the same as the Christ taught — his kind of communism.”

Watch the documentary Decoding The Past: The Other Nostradamus for more info about Edgar Cayce.